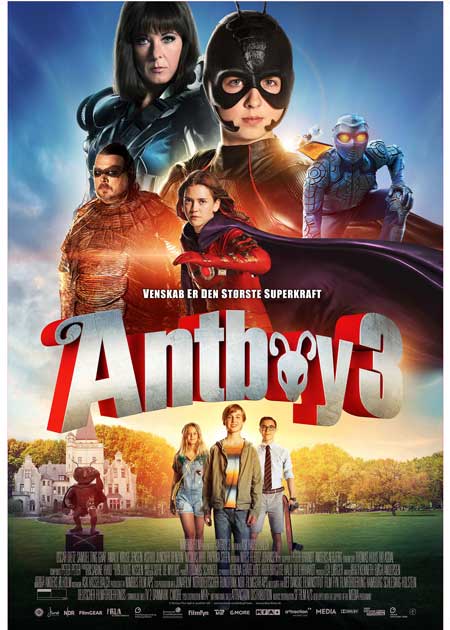 It’s summer time and Pelle is enjoying life with his girlfriend, Ida. Crime in Middellund is at an all time low, and life is actually pretty sweet. But Pelle has started to tire of being Antboy, and perhaps the town doesn’t even need a superhero anymore? Besides, Pelle and Ida are going to continuation school together after the summer vacation, and he will consequently have to give up being Antboy – which actually suits him fine. On the flip side, he hasn’t seen much of Wilhelm over the summer. It’s as if the two of them have drifted apart. Suddenly strange things start happening. A new superhero appears and completely humiliates Antboy; Gæmelkrå is released from Dragensborg and apparently starts working for ExoFarm again; Wilhelm completely detaches himself from the world of comic books, and eventually also from Pelle. Pelle is forced to take matters into his own hands – he has to find out who this new superhero is; what Gæmelkrå is plotting in ExoFarm’s labs; and what is going on with Wilhelm. Pelle’s summer vacation, which up to this point had been quite relaxing, suddenly takes and unexpected turn, and Pelle will face his biggest and perhaps final battle as Antboy.

Based on a series of children’s books by Kenneth Bøgh Andersen.