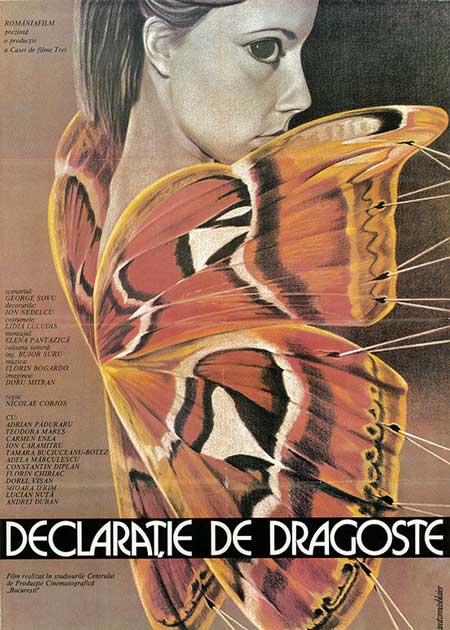 The film tells the romantic story of two young high school students of different social condition, Ioana and Alexandru, who stay together despite all the social and family obstacles. Ioana is a girl whose family history is unknown, and Alexandru is a boy from a well-known family; however, his mother and his  teacher intervene in the relationship between the two, being more concerned about the boy’s future.This film can be considered as the first “Love Story” of Romanian cinema. The films from the series “Liceenii” ( High School Students)  made by the director Nicolae Corjos and the screenwriter George Șovu, all enjoyed an enthusiastic reception from the young audience.They represented “a real revelation”, as the critic Călin Căliman considered it, the success being almost instantaneous as a result of the “hunger” of films intended for teenagers and young people. In this context, the first film in the series fell like “rain on a thirsty field”, as Alice Mănoiu wrote, the directors finding the right tone to address young people and extracting attractive characters and events from an idealized school environment in that socialist era .

”Declaration of Love” was a great success of public, being watched by 5,269,006 spectators in Romanian cinemas, as evidenced by a situation made up by the National Center of Cinematography. It was relaunched on February 2, 2001, and was seen by another 1,444 spectators.