I don’t Want to Go on Mars 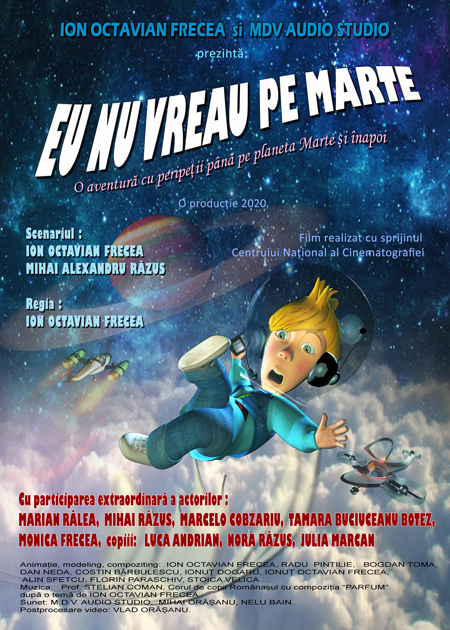 I don’t Want to Go on Mars

In the laboratory with the flower garden, the teacher, together with Țuțu and Fătuca, discovers the energy particle.

Mr. D, looking for new sources of energy, upset that Țuțu did not he also gave her the formula, destroys the garden, snatches the energy tree and then sets off with Țuțu hostage to the planet Mars.Helped by his guardian angel, Țuțu manages to escape.Back home on Earth, Țuțu replants the tree uprooted by Mr. D. Now the garden is greener and more beautiful than ever.