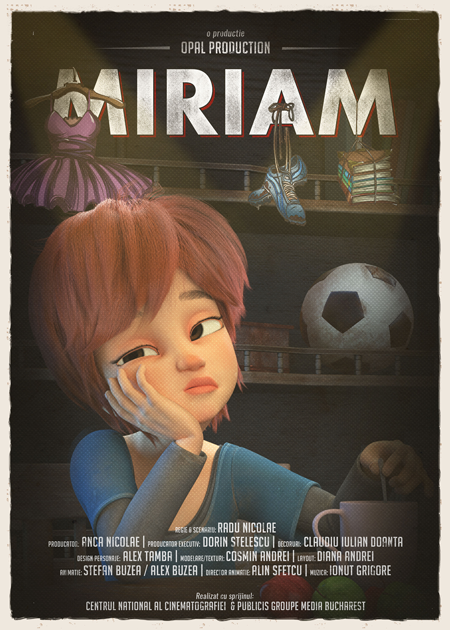 Miriam, a 12-year-old tomboy, spends the morning in the kitchen with her mother. The discussion between the two reflects the differences between generations, ages, mentalities. While the mother, without wanting to harm Miriam, wants to build the image of the girl as she was conceived a few decades ago, that is to wear a skirt, to have beautiful legs, to speak and to behave elegantly in order to be able to find a husband (which seemed as ideal in life for any girl), Miriam, at 12 years old, in 2021, behaves casually, thinks about what SHE wants to do in life, and for now she just wants to play football .