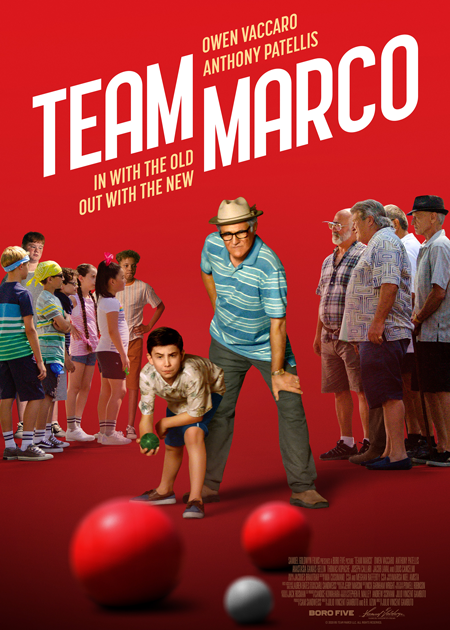 Young Marco is obsessed with playing video games and hardly leaves the house.
But when his grandfather moves in, Marco’s life is turned upside-down and he’s forced…to go play outside.
Nonno introduces him to bocce-the world’s oldest game – and to the neighborhood crew of old-school seniors who play daily at the local court.
With sport, laughter and love, Marco finds connection to other people “in real life”
and rounds up a team of neighborhood kids to take on his grandfather and his pals.

Team Marco is my first feature film. As such, it was important to me to choose and write a story that reflects what I see as my role as a moviemaker: to entertain the audience and, at the same time, to spark conversation and connection. My favorite filmmakers have accomplished that with all of my favorite films. Those films have taught me that if a movie is to stay with you long after you leave the theater or turn off your television (or laptop or tablet or phone), it should touch your heart and your brain. It should make you laugh and cry and need to talk to someone after.